It's already raised more money than they needed! We're getting a VM movie! *Jumping around in fangirlish glee* 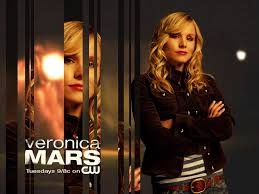 Ps has an icon gif ever been more perfect?!? :D

Posted via LiveJournal app for iPad. 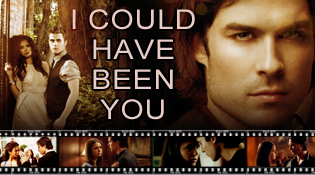 Summary: Inspired by the last episode of Season 3, where we find out that, despite Elena's statement that things could have been different if her and Damon had met first, they actually DID meet first. So it's a Damon POV vid showing how he COULD have been in Stephan's position, and Stephan could have been the one watching from outside. The lyrics sort of say it all: "I could have been you. You could have been me. One small change, it shapes your destiny..."
Created: October 2012
Program: Sony Vegas
Music: I Could Have Been You by Melissa Etheridge
Source Material: TVD
Notes: A very, VERY overdue video post! I actually finished this vid before Season 4 even started - like, just days before it started. Initially I was holding off posting it to see if I wanted to update it with Season 4 clips. And then personal life took over and I barely had time to watch the show, let alone think about posting the vid. Glad to finally be putting it up.

FINALLY I'm back home from the long weekend and able to watch all the FESTIVIDS!!!!!!!!!!!!!!!!!!!!!!!! I absolutely LOVE go live time! It's like Xmas all over again! Of course, the very first vids I had to watch were mine - made for one of my fav movies: To Wong Foo, Thanks For Everything, Julie Newmar" (or To Wong Foo for short ;). I loved them both so much, but I guess if I was pressed to choose a favorite, I'd have to say Girls Night Out set to Take Your Mama by the Scissor Sisters is my favorite. It's just such a perfect, fun song choice! But I Will Not Be Afraid was completely awesome too. I love how it set a totally different tone to the movie - a more girlfriend/femme power tone! ^_^

There were also tons of great other vids this year. While I've only had a chance so far to watch the fandoms I'm already familiar with, here's my top 10 favs (not including my own that I mentioned above - those are in a class unto themselves :p):

Also, just as a blanket statement, any video made to Eve’s “Tambourine” or Prozzak’s “Sucks to be You” would be well loved! I’ve been trying to vid to these songs for years and my projects always flop. I can’t find my way through them for some reason. So if you can, you would be my personal hero ;)

Anyways, I hope this letter provides some help. Just have fun with it and I’m sure I’ll love anything you make ^_^

I needed some new icons for some of my fav shows this season.
[x14] Revenge Icons
[x37] Once Upon A Time
[x02] Switched At Birth

I really love it when fanvids take a unique look at a subject matter. This Hunger Games vid does an AMAZING job of integrating various audio sources to help convey the complete brutality of The Games - alikening it to the Gladiators. It's beautifully done! Please take the time to watch and comment on this wonderful vid:

"If no one watches, they don't have a game" by

I created a new catalog of all my fanvids for the New-to-you vidwatching challenge and thought I should also share it here. The links are all for my personal website that I maintain outside of Livejournal (it usually updated a lot less frequently than livejournal, but the content mirrors the content I post here).
Collapse